Proposals for better Protection during Pregnancy, Maternity, and Family leave Skip to content 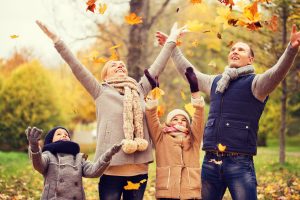 The government of UK has recently passed an increase in protection for parents, especially pregnant women and new mothers.

Women and Equalities committee asked for greater rights and protection for pregnant women and women on maternity leave back in 2016. It highlighted that since 2005, that the number of  mothers and pregnant women forced to leave jobs had doubled.

The committee had a range of recommendations for the government, giving them an opportunity to improve pregnancy and maternity protection rights and hence called in to take a serious action.

A research carried out by Equalities and Human Rights commission encompassed awareness included a review in ET fees and time limits in order to bring in claims of maternity and pregnancy discrimination. The committee has been repeatedly calling for these recommendations for better protection from redundancy.

While most of these were rejected by Government, the government did pledge to look at the situation regarding redundancy due to maternity. It was found by EHRC had discovered that 6% women who came back to jobs after maternity were made redundant, whilst another 11% were forced to resign from their jobs on their return.

A consultation recommended extending protection for new and expectant mothers was launched by government on 25th January 2019. This consultation also extended to parents taking other types of family friendly leave.

What are the main recommendations?

The following proposals are being taken forward by the government:

Regarding the enforcement, the Government is keeping a tab where a failure to abide by these preferential treatments may lead to unfair dismissal.

Now that the Employment Tribunal fees is no longer an issue, the government has now turned to the question of time limits for cases of maternity and pregnancy discrimination. While the government will monitor the situation for a minimum period of 3 months to 6 months, Employment Tribunals already are allowed to increase the time limits in cases they feel it is required.

According to the records, no applications were refused during the period of January to June 2018 and 25 were accepted. Even though this does not take into consideration the number of women who must have been discouraged to bring a claim since they were out of time, it is still a good start. The government has also started looking into limits pertaining to harassment and victimisation.

While the proposals have received mixed reactions, one campaign group has pointed out that more and more women were fired from their jobs during maternity leave, the very period they are supposed to be protected by law. Hence, whether the proposals will make a considerable difference is a question yet to be answered.