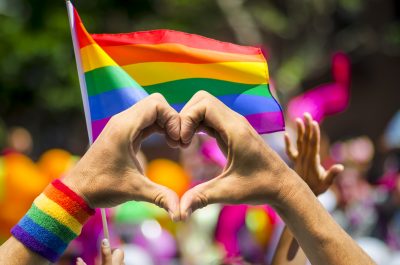 An employer’s unreasonable behaviour can lead to discrimination found the employment tribunal in the case of Tywyn Primary School vs Aplin.

It was heard that Mr. Aplin, a 42-year-old gay head teacher, indulged in consensual sex with two 17-year-old males who he met online on a gay dating website. Following an investigation by the local authorities which found that there was neither a criminal offence committed nor was there a child protection issue. However, the school pursued a disciplinary action against Mr. Aplin.

The report compiled by an employee from local authority was found to be extremely biased by the tribunal. Instead of being objective and factual the report was full of value judgements and conclusions which were extremely hostile to Mr. Aplin. The report also confirmed that Mr. Aplin was denied access despite repeated requests. The school then had a subsequent hearing and decided to dismiss Mr. Aplin.

Mr. Aplin appealed against the decision and in accordance with his contract terms his employment was supposed to be continued. There were however unnecessary procedural issues and unreasonable delays. Eventually Mr. Aplin decided to resign from the job and claimed for a direct sexual discrimination and constructive dismissal. He also claimed that the entire investigation as well as dismissal were biased due to his sexual orientation.

The tribunal agreed to the constructive dismissal claim and held Mr. Aplin’s contract to remain in force at the time of appeal which implied that the school had breached the contract while handling the appeal process. The tribunal also allowed the discrimination claim but the school appealed.

The appeal was dismissed.

Regarding constructive dismissal, the EAT held that an appeal against a disciplinary decision did not mean that Mr. Aplin affirmed to his contract. Instead, he was rather giving his employer a fair chance to remedy the breach of contract in the original hearing. The continuous mishandling of the investigation procedure was what led Mr. Aplin to resign and claim for a constructive dismissal.

The tribunal also concluded, in relation to the sexual orientation discrimination, the burden of proof must have been reversed so that school could establish that they have not discriminated. This is quite correctly said as:

Considerations for employers and employees