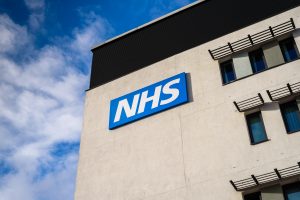 How can you be sure that your organisation follows a discrimination free decision making? A well updated equality and diversity policy manual, a fully trained workforce? But are these enough? Irrespective of the best efforts of employer, sometimes discrimination cases are unavoidable.

A survey collated over the last 5 years, has found that while equality and diversity among the staff are some key concerns of corporate sector of UK, 45% of corporate employees feel they have been overlooked for a job or a promotion in such a way that it felt unfair.

Equality has been extensively debated but there is a certain factor that is less talked about and that is an unconscious bias at work.

What is unconscious bias?

Unconscious bias is an invisible and often ignored factor that influences behaviour and decision making. For instance, individuals are likely to favour those who look or behave like them, share the same mind-sets or who come from a similar background.

On of the characteristics of human nature is to make judgements based on first impressions. Every individual is influenced by their own set of unconscious bias, which may be completely involuntary, but still influences decision making when it comes to recruitment, promotion and better training opportunities. An unconscious bias can lead to a less diverse workforce in an organisation.

Unconscious bias in an employment tribunal

As abstract a concept as it sounds, an unconscious bias is real and poses many risks to an organisation when it is trying to defend a discrimination claim.

Recently, the Kings College Hospital NHS Foundation Trust was required to pay £1 million in damages to an ex-employee after he was declared to be dismissed unfairly due to racial discrimination.

Richard Hastings, the claimant was a black man from Caribbean origin and worked as an IT manager at the Trust. He was later dismissed on the basis of gross misconduct since he was said to be involved in an altercation with a delivery driver. He, however, claimed that he was racial abused and offensive language was used at that time.

The employment tribunal ruled that investigation carried out by the trust was unsatisfactory. The tribunal stated that it was affected by unconscious bias and Mr. Hastings was treated with unnecessary disbelief only due to his ethnicity. It was further found that claimant’s version of events was overlooked in order to find an easy solution based on first impressions.

An unconscious bias is unlawful if, like the case stated above, the bias is related to a protected characteristic like race, ethnicity, sexual orientation or disability.

This does not mean that an unconscious bias operates only under protected characteristics and law but It is certainly a good idea to identify these bias and address them on time. A survey conducted by Bias in Britain, for instance, disclosed that 80% of people in the UK make decisions based on regional accents of employees. Whether this act will lead to an employment claim or not cannot be said, but it sure affects the social mobility and diversity profile in organisations.