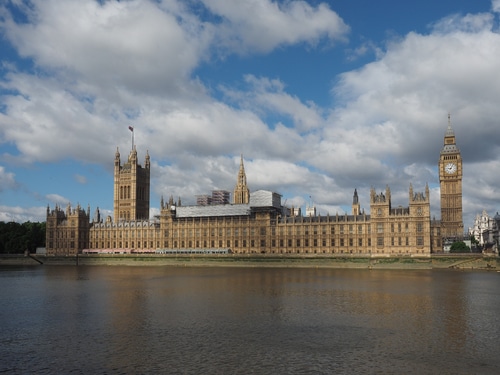 During the negotiations around Britain’s exit from the European Union (Brexit), some modifications have been proposed by the British government.

The Prime Minister at the time, Theresa May, stated that following a successful Brexit, instead of automatically accepting EU changes and adopting their laws based on interrelations, the Parliament will get to discuss and eventually decide on which rules are appropriate and which laws should be adopted. Parliament would be kept informed about (regular) updates to the EU employment law and members of parliament (MP) will be given a choice and have a say on the action the British government will take in response.

Parliament would be given the right to consider any future changes, modifications, reviews and/or upgrades to European Union employment law that has the potential of strengthening workers’ rights and/or workplace health and safety standards. After considering this, they can then decide and vote on whether or not they want to adopt this into UK employment law. Parliament’s track record is to set world-leading standards and there is a conviction that this will continue this in the future. Parliament would be made to work closely with businesses, organizations and trade unions to make or accept laws that would be for the benefit of all. These businesses, organizations and trade unions would now be more involved in decision making as they would be given a new and enhanced role in the law adoption process; they will be consulted with when the Parliament is preparing updates on changes to EU employment legislation that the UK would be adopting. All of these are in a bid to prevent employment law redundancy and to also ensure that the government is committed to not disregarding workers’ rights that were derived on EU directives and law.

The Work-Life Balance Directive introduces new rights for parents and caregivers. This includes two months’ paid leave for each parent up until the child is eight and five days’ leave for those who are caring for sick relatives. The Transparent and Predictable Working Conditions Directive, on the other hand, aims to be true to its name. This will set the terms of employment for workers by their first day on the job and provides more stability for people who work in shifts.

Theresa May added that Britain as a country already leads the way in worker’s right while also maintaining a flexible labour market. She asserts that the policies and standards in place which exceed the minimums set by the EU are largely responsible for the huge success of Britain’s job markets and the wealth of opportunities made available to workers across the nation. She affirms that these policies and standards were driven by successive governments of all parties. Business secretary Greg Clark echoes her words by saying that while the EU has over time set minimum requirements in many areas of workers’ rights, time and time again, the UK has spearheaded exceeding these requirements. He states that the UK would hold onto this trailblazing leadership record and continue it even after Brexit.

The Trades Union Congress (TUC) has however dismissed what it regards as the government’s “flimsy” proposal. The General Secretary, Frances O’Grady, in a statement said that Theresa May has made a mockery of her own claim that Britain is leading the way on workers’ rights. He termed the government’s proposal to include business and trade unions on certain decision-making “flimsy procedural tweak” while also stating that they don’t come close to ensuring existing workers’ rights are protected. He also states that these won’t stop the rights of workers in the UK from falling behind those in the rest of Europe. In his words “there’s nothing to stop a future right-wing government from tearing up this legislation altogether”. He further urges the members of Parliament to not be taken by “this blatant window dressing” as workers’ “hard-won rights are still under threat”.

The General Secretary of public service union, Unison (one of UK’s largest trade unions), Dave Prentis, echoes O’Grady’s thoughts. He states that any guarantees about protecting the existing employment laws, while also ensuring future employment rights, must be in the Prime Minister’s withdrawal agreement. He affirms that “anything less and the promises aren’t worth the paper they’re written on”. He went on to state that “European laws have made working in the UK safer and better”. In his opinion, Brexit mustn’t mean “UK employees become the cheapest to hire and the easiest to fire”. In further affirmation, he states that “no one should be hoodwinked into thinking that this is a good deal for workers. It isn’t.”