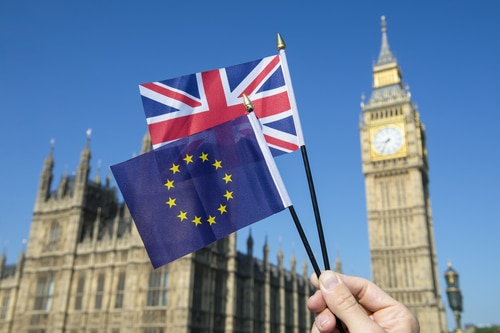 In a bid to calm anxious workers and their representatives in Britain following Brexit, Theresa May’s proposal allows MPS to vote on whether they will be following suit in order of the new EU employment legislation after Brexit. Whilst this might on some level alleviate the anxiety of workers in the UK especially EU workers, there are many that are a bit apprehensive and feel this is a play by Theresa May to garner supporters while, hopefully, increasing the size of the labour market.

MPs will be allowed to vote whether or not they will adopt the ‘ Work-Life Balance Directive and the Transparent and Predictable Working Conditions Directive, both of which already have similar equivalents in UK law’.

The Brexit deal has placed the entire United Kingdom in a position of uncertainty. This uncertainty places a huge burden as decisions cannot be made easily and for those that have to be made, fear of the possible consequences capable of crippling the economy remains a worry.

Like a complete reflection of the benefits being enjoyed in UK, the Work-Life Balance Directive would enable a few privileges as well as facilitate a conducive situation. Some added benefits include 10 working days of paid paternity leave and the right to four months of shared parental leave – with two of the four months non-transferable.

This directive would also further introduce a new carers’ leave that would give workers providing care five days additional leave per year.

The Transparent and Predictable Working Conditions Directive in simple terms, makes everything plane. Terms and conditions for workers will be made known to them from their first working day and a higher degree of stability will be provided or established when considering those working in shifts.

There is opposition to the “move’ played by the Prime Minister, Theresa May. General Secretary Frances O’Grady said: “The Prime Minister has made a mockery of her own claim that Britain is leading the way on workers’ rights”. In addition to this, He also had the following to say: “These are flimsy procedural tweaks. They come nowhere close to ensuring existing rights are protected. And they won’t stop workers’ rights in the UK from falling behind those in the rest of Europe. What’s more, there’s nothing to stop a future right-wing government tearing up this legislation altogether. MPs must not be taken in by this blatant window dressing. Our hard-won rights are still under threat.”

There are others who also shared their agreement with the General Secretary with some deriving pleasure as they felt as though their minds were being read and their feelings conveyed. Unison general secretary Dave Prentis is also one of such people. In addition to his agreement of what was said by Frances o’ Grady he also added: “European laws have made working in the UK safer and better. Brexit mustn’t mean UK employees become the cheapest to hire and the easiest to fire. No-one should be hoodwinked into thinking that this is a good deal for workers. It isn’t.”

What does this mean moving forward?

Sadly, it is exactly as it sounds. What does it mean? There are numerous uncertainties surrounding Brexit that it appears to be tearing the nation from the inside out.

The government has made public its plans to merge a few enforcement bodies such as: HM

Revenue and Customs’ minimum wage enforcement arm; the Gangmasters and Labour Abuse Authority, which investigates reports of exploitation and illegal activity in the workplace; and the Employment Agency Standards Inspectorate, which protects the rights of agency workers.

This new merge will bestow on them the power to enforce holiday payments for vulnerable workers and ensure agency workers are not underpaid. It would also have a duty to consult unions and employment unions on its work.

There is hope especially with cases regarding unfair treatment of employees as a result of discrimination in the form of sex, age, racial, maternity, pregnancy, redundancy and the likes. However, it goes without saying that Britain have a lot on their plate without the luxury of time.