Hermes Couriers are Workers not Self Employed Skip to content 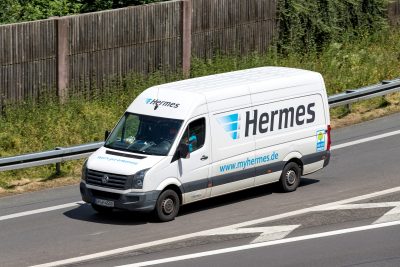 Recently an employment tribunal ruled that a group of courier workers for the delivery company Hermes are to be treated as workers instead of self-employed. The tribunal in Leeds decided that the drivers must also be entitled to basic rights of employment like national minimum wages and holiday pay.

The lawyers Leigh Day and GMB union, which represented the drivers of Hermes in the case, the decision affected 65 claimants in total even though the union claims that there may be more than 14,000 other workers too at the company who are working on similar contracts and hence must be entitled to these rights.  A further hearing is expected at the tribunal to calculate holiday pay, minimum national wage and other unlawful deductions which the couriers will now receive as back pay.

The decision of the tribunal that the drivers are to be treated as workers is one of the latest among various gig economy cases against major market players like Addison Lee and Uber which have been treating drivers and couriers as workers rather than self-employed.

What the experts had to say?

The company has tried to distance itself in the past from other employers of gig economy suggesting that it has negotiated terms with drivers on a face to face basis instead through a faceless mobile application. Tim Roache, General Secretary of GMB, said “the judgement shows the gig economy for what it is – an old fashioned exploitation under a shiny new façade”.

The case clarifies that companies cannot decide which laws to obey and which to deny. While the worker’s rights were hard, it is quite evident that GMB will not sit back and let them get eroded or hampered by loopholes created by employers to improve their profit margins. Roache reiterated that the decision was “another nail in the coffin of the exploitative bogus self-employment model which is increasingly rife across the UK”.

Hermes have stated that they will appeal the decision. They are planning to  review the decision by tribunal and will appeal against it on their understanding of witness evidence and belief of the current law. They added that they will continue to provide couriers with flexible working benefits and an ability to earn well the national living wage.

The case has been considered as one of the most substantial judicial interventions so far in order to support vulnerable workers. Our no win no fee Employment Law Solicitors can assist with all types of claims. Naturally, we pride ourselves on providing the best possible service to the highest standards, we offer free employment law advice on all problems. Call us on 0800 756 6605 or 020 3923 4777