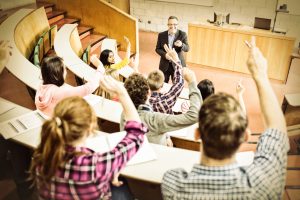 Most recently,  art educators to the National Gallery to court and sought to be recognised as employees instead of freelance workers. This is a landmark case which has shifted the spotlight on the gig economy now into the realms of the public sector.

A group of 27 artists and art lecturers were dismissed in October 2017 without any consultation, or benefits, and were classed as self-employed. Many of these workers had been working at the gallery for over a decade.

A ten-day employment tribunal hearing is expected to establish if art educators should be given the status of employees, and so be provided with corresponding rights.

The hearing will also be a turning point for law and clarify whether the workers are to be given a collective consultation before termination of their contract, which has never been considered by previous cases of gig economy.

On the other hand, gallery managers deny of any dismissal of workers, stating that the majority of them are still working on their posts and that they were well consulted on the changes in their contracts.

How is this different?

Well, while most of the cases in the past on employment status have been related to private sector firms like Deliveroo, Hermes and Uber, this case sheds light on gig economy contracts in the public sector.

The labour leader, Jeremy Corbyn is supporting the case stating that he is concerned about the number of people in the country, who are contracted on a self-employed basis while in reality they are actually  employees but are denied the benefits of employment.

Conservative MP Stella Creasy highlighted that the decision of the National Gallery case would have an impact far beyond what happens to the 27 claimants. It is a test to see if our public services are behaving in an ethical way, not just in terms of wages; but also the treatment of workers.

The group of claimants said that collectively they had given more than 500 years of service to the National Gallery. They welcomed school tours and public members to the institutions, gave daily talks, conducted workshops on art displayed and delivered effective learning sessions not just in gallery; but also schools and hospitals.

While they were deemed as self employed by the National Gallery, they were working regularly, given salaries on company payroll, paid taxed accordingly and asked to attend training sessions as well as appraisal, something that a freelance worker is not required to do.

When National Gallery authorities were asked, they denied the claims saying that most of the workers were still working. Regarding the changes, the entire group was consulted for their views three months prior to any changes coming into effect.

They also stated that the gallery offered jobs to all existing freelancers and they still have vacancies open but unfortunately not all members of the group have shown interest in being recruited. The case is expected to rule by Central London Employment Tribunal in December this year.