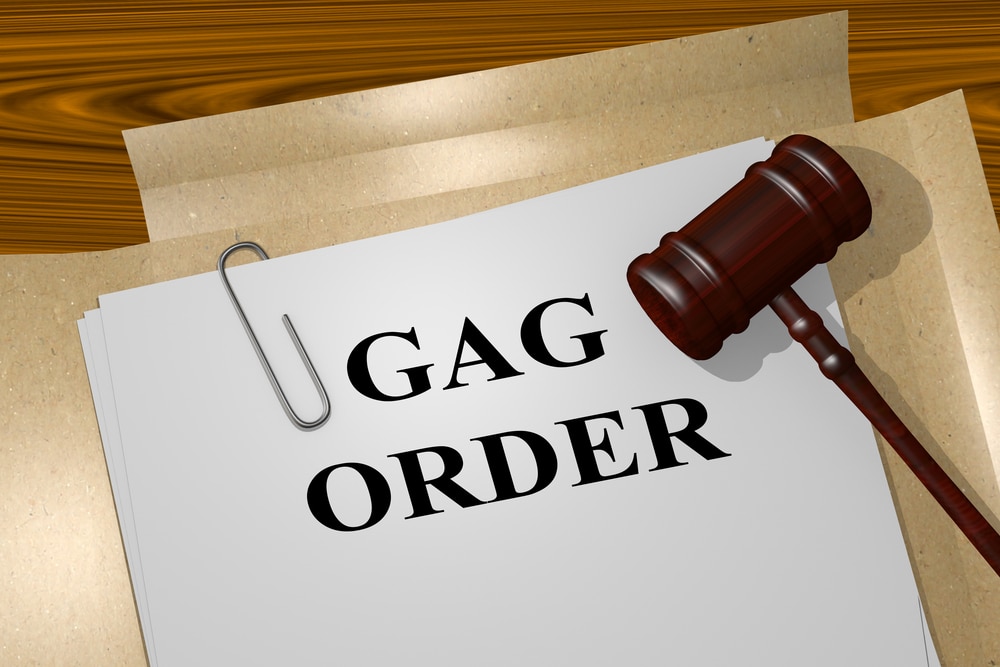 A gagging order is basically a freely used term for privacy injunction. It can be an order granted by high court to restrict an information about a person or company being broadcasted or published.

There can be various levels of gagging orders. For example, the names of the parties can be withheld but the information pertaining to those parties can be broadcasted or published.

In order to obtain a gagging order against someone who is planning to release a personal information about you, the sooner you act, the better it is.

In simpler terms, gagging orders can legally be termed as confidentiality clauses. These clauses are often agreed upon once the employee leaves the organisation, after a redundancy, a disagreement or any issue at the workplace.

How does a gagging order work?

The process is simple where in the employer asks the concerned employee to sign on a compromise agreement where they waive their rights to take any legal action. This can be in exchange for a claim for unfair dismissal, or a claim of breach of contract, at an employment tribunal. Confidentiality clauses are included in most company agreements. These restrict the employees from speaking publicly, or to the press about their previous employer, surrounding the circumstances which made them leave the organisation. These gagging orders can sometimes go too far, to the extent of barring an employee from speaking about the circumstances to even their spouse.

There is also an injunction called contra mundum which implies to a permanent privacy injunction and applies to the entire world, instead of only being applicable to only national newspapers and publications.

These orders are issued to protect the confidentiality or private information of people who are not public figures. These orders are sometimes sought by celebrities to prevent a broadcast of details of their private lives.

More often than not, a signing agreement to remain silent is often signed in exchange of a lump sum amount of money. Often if the employee is being bought off, usually with a higher fee than the worth of their claim.

Why are they so controversial?

In line with the Public Interest Disclosure Act, whistleblowing is protected. Yet, there are many who believe that gagging orders may have a negative effect. Whilst others believe that everything in the public sector should ideally be a public information and not be withheld.

What happens in case of breach of agreement?

In case there is a breach of agreement, the employee may be asked for return of claim amount, or be sued for damages once the appeal is upheld in the high court.

Should you be making a claim for defamation or apply for an injunction?

While applying for a privacy injunction can be considered an alternative for suing for defamation, however, the chances of it succeeding are high only if there is a prior knowledge of the details in a newspaper or television programme.