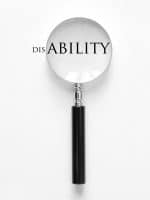 In the Williams v Trustees of Swansea University Pension and Assurance Scheme, the claimant was eligible to receive a final salary pension, when he sought early retirement due to disability. As a result of reasonable adjustments; therefore, his hours had been reduced, and his pension was determined based on his reduced salary. The claimant believed that this action amounted to discrimination arising from his disability.

An employment tribunal agreed with the claimant. The Supreme Court; however, held that the claimant’s final salary pension was only available because he took early retirement because of his disability. Hence, paying the claimant at a lesser rate did not constitute an unfavourable treatment.

The employer’s decision to make early payments of pension represented advantageous treatment. According to the Supreme Court, the employment tribunal incorrectly equated unfavourable treatment with detriment.

This case highlights the difference between unfavourable treatment and detriment, which is perhaps the right test to review when defending disability discrimination claims.

In June 2000, Mr. Williams was employed by Swansea University. He suffers from Tourette’s syndrome, a condition that satisfies the definition of a “disability,” as per the Equality Act 2010. During his employment, Mr William’s work hours were reduced to 17.5 hours a week from 35 hours a week. This reduction was made after Mr. William requested a reasonable adjustment because of his disability.

In May 2013, Mr Williams applied for early retirement citing his ill-health as the reason. Under the University pension scheme, Mr Williams was eligible for certain payments. However, there was no actuarial reduction for early receipt. His pension was calculated, based on the length of his service had he continued in his current employment until he turned 67 and his actual salary at the time of retirement.

Mr Williams raised a claim against the pension trustees and the University for calculating his pension concerning his reduced working hours. He argued that this decision accounted as unfavourable treatment and must be considered as discrimination, arising from his disability.

In his claim, Mr. Williams contended that the calculation of the enhanced element in his pension was calculated based on his part-time salary. Hence, it constituted unfavourable treatment as the calculation was done “because of something arising in consequence of his disabilities,” and thus, constituted as discrimination.

The Supreme Court; however, ruled that in this case, the pension was calculated concerning the part-time salary of the disabled claimant. This did not constitute as “unfavourable” treatment under Section 15(1) of the Equality Act 2010.

For 13 years, Mr. Williams was employed by the Swansea University, until he took retirement due to ill-health. He was categorised as ‘disabled’ as per the directives under Section 6 of the Equality Act because he worked reduced hours because of his disability, for the last three years of his employment.

In this case, the pension scheme contained an enhanced element, which was payable immediately. Also, there was no actuarial reduction for early receipt. Instead, Mr. William’s pension was calculated based on his actual salary.

Why did the Supreme Court Overturn the Decision?

The Supreme Court overturned the Tribunal’s decision because they concluded that the ‘unfavourable treatment’ that Mr. Williams had suffered was ‘manifestly perverse.’ The Tribunal had overlooked the crucial point that the ill-health pension was available only to those employees who retire through disability. All the other employees who took early retirement would have to wait till they turned 67, to receive a pension.

The Court viewed that the tribunal was mistaken in equating ‘unfavourable treatment,’ defined under Section 15(1), with the term ‘detriment’ that appears elsewhere in the Equality Act. Mr. Williams was only eligible for a pension because of his disability. Had he been working full time, he would have but no immediate right to a pension, in place of having an enhanced entitlement.

Key points from the case

Employers can take this case as guidance while deciding the pension benefits of an employee taking early retirement due to ill-health. Any reasonable adjustment that the employers make during employment, which later affects the calculation of that employee’s retirement entitlement, would not constitute a case of ‘disability discrimination.’