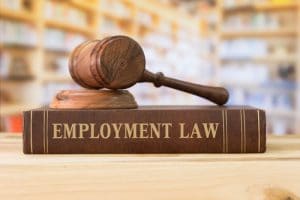 The quarterly tribunal statistics published on 8 March 2018, for the period from October to December 2017 showed that:

The Role of ACAS Early Conciliation

Since May 2014, claimants were required to partake in the ACAS Early Conciliation, before submitting their claims in front of the employment tribunal. The latest ACAS statistics; therefore, are a good indicator of the number of possible claims being filed. The statistics also provide a measure of the efficacy of Early Conciliation in settling cases.

The ACAS statistics for the period April – June 2018 depict the following information:

– Out of the remaining 7,086 (23%) EC notifications for claims progressed to an Employment Tribunal.

According to the recent quarterly statistics published by the Ministry of Justice:

In the meantime, minutes from the National Employment Tribunals User Groups Meeting Records for the month of September 2018, also indicate an increase of 165% in the number of singles claim. It would; however, take an approximate 200% increase to return to the pre-fee levels.

The minutes also record that at least one tribunal is listing longer cases as late as 2020. Users on Twitter reported that the Tribunals in Croydon and Manchester are listing longer hearings in 2021. The Justice Department; however, believes that the delays will be alleviated, as the appointment of new salaried and fee-paid employment judges takes place over the next few years.

Till the end of December 2017, more than 4,000 refund claims were made and processed. The number could have been higher; however, the government only has information provided at the time of filing the claim. In the case of backlog claims; therefore, the government has obsolete claimant information and is unable to process the refunds.

To remediate the situation, individuals must come forward to claim the refund, instead of government tracing those who paid the fee previously.

Another issue that employers have is the increasing number of claims now that the individuals do not have to pay a fee to lodge an Employment Tribunal Claim and the fact that tribunals have now been slimmed down to deal with an average of 40,000 to 50,000 claims each quarter. In case the number of claims filed increase up to say, 100,000 for the same quarter, it would increase the time required to settle these claims.

There is a possibility that the increasing number of claims might reach to the levels before the introduction of the refunds, at some point. With the refunds in place, employees will be encouraged to file even the ‘frivolous’ claims, increasing the workload on the tribunals and the employers.

Therefore, employers must be aware of this possibility and tread carefully while designing their policies and procedures. Here, organization-wide training for managers, employees, and HRs will also have a significant role to play.

On the other hand, Employment Tribunals must prepare themselves to handle the increasing number of singles claims. Thus, they need to get more permanent and part-time judges onboard while working on increasing their efficiency.

Our no win no fee Employment Law Solicitors can assist with all types of claims . Naturally, we pride ourselves on providing the best possible service to the highest standards, we offer free employment law advice on all problems. Call us on 0800 756 6605 or020 3923 4777