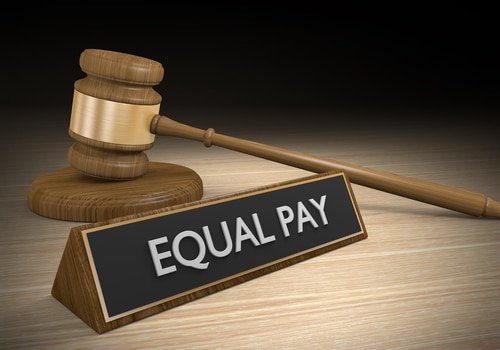 The disparity faced by workers in UK supermarket giant, Asda regarding sex discrimination remains a common occurance in the workplace.

In 2014, a group of staff, mainly females, who worked for one of the biggest suppermarket retailers in the UK, Asda, raised claims concerning the disparity faced in pay when compared with their counterparts who worked in the warehouse for the company. The claim aims to level the playing field in which lower-paid shop staff is paid just as much as the higher paid warehouse workers. This invariably means that the lower paid shop staff who happen to be women can, therefore, compete in terms of job importance and value while standing on equal footing with the team working in warehouses, mainly occupied by male workers.

What does Asda have to say about it?

Despite losing the case, Asda has applied to the Supreme Court to appeal against the ruling after they were turned down by the Court of Appeal. Despite this setback, Asda retains the position that the two ‘departments’ do not compare to each other as their means of employment does not fall under standard terms and conditions. According to Asda, when compared to the employees in the retail part of the business, those in the distribution centre are heavily “unionized” and their terms of employment were agreed through the means of “collective bargaining”. Asda retains their standpoint on the issue claiming that different jobs in different parts of the business cannot be compared to each other.

The stand of Asda is that the job requirements and job specifications are not related, and as such, there should not be any correlation between the two. Asda continues to say the following despite ongoing case. It states that its hourly rates of pay are the same for both male and female working in the store and distribution centre. Despite the cry of staff for unfair payment, Asda maintains its stand that those in the distribution centre are paid a higher rate due to its higher work demand invariably stating that the two jobs are not the same while indicating that it compensates its workers accordingly to their respective sectors.

What could losing the case mean for Asda?

However, with the situation being dragged on like this, it not only puts Asda in a tight spot considering the financial cost (a potential of £10 billion in terms of settlement agreement) of paying workers if they lose the case coupled with the complete taint on their integrity and the economic costs, it also sets a precedent for all major retailers in a similar predicament. The decision by the Employment Tribunal has served as a morale boost for the case claimants.

What the Employment Tribunal has to say in a case like this.

In the struggle between Asda and its staff, there are several factors to be considered as regards equal pay;

According to the Employment Tribunal, the different job descriptions can be considered comparable and as such, has been ruled in favour of the staff of Asda. All that is left is to convince the court of the last two factors as regards equal pay.

Asda vs Staff or Asda vs The Court

The standpoint from Asda remains unchanged, despite what they might consider an unfair dismissal, claiming the two job positions or descriptions are not the same. A spokesperson for Asda had the following to say;

“We are disappointed with the decision, which relates to a preliminary issue of whether jobs in different parts of the business can be compared. “At Asda, our hourly rates of pay in stores are the same for female and male colleagues, and this is equally true in our depots. Pay rates in stores differ from pay rates in distribution centres because the demands of the jobs in stores and the jobs in distribution centres are very different; they operate in different market sectors, and we pay the market rate in those sectors regardless of gender.”

The case between Asda and its workers can no longer be seen as what it says on the surface, but something much bigger than the staff of Asda and Asda itself. It is fast becoming, if not already one, a representation of the much bigger warfare of the gender pay gap happening worldwide as well as the sex discrimination in pay being faced by females when compared to their male counterparts doing the same job.