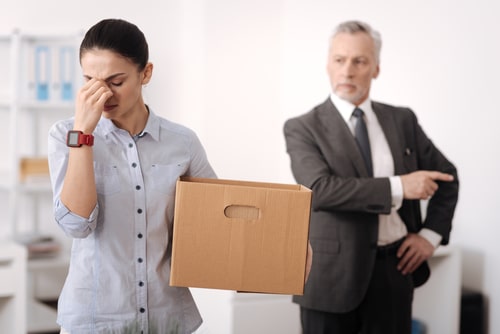 Recent reports have highlighted how women are being treated unfairly at their respective place of work due to pregnancy or maternity leave. Many women have complained at how lonely they have been made to feel when returning to work and how as a result of this, have either resigned from their place of work or have been close to resigning. Business minister Kelly Tolhurst has said that although pregnancy and maternity discrimination is illegal, there are some new mothers who still find themselves facing discouraging attitudes on their return to work which invariably pushes them out of their jobs. Apart from the fact that such attitudes should not be found in any workplace, the psychological and emotional trauma being faced by new mothers needs to be considered.

The former UK Prime Minister Theresa May stated that it is “unacceptable” that many parents “still encounter difficulties when returning to work”, and this action would be testament that “the UK is going even further in its commitment to workers’ rights and meeting the challenges of the changing world of work”. This new legislation alleviates the burden on many women who had at some point in time faced discrimination, or are presently facing difficulties in the workplace as a result of a maternity break or pregnancy.

What do the statistics say?

Research carried out by the Department for Business, Energy and Industrial Strategy (BEIS) revealed that one in nine (11 per cent) women said they had either been fired or made redundant when they returned to work after having a child, or were treated so badly they were left with no other choice but to leave their respective place of work. A significant estimation of 54,000 women a year may lose their jobs due to pregnancy or taking a maternity leave.

A separate research release also found that one in five women have the confidence to return to work after their maternity leave. A survey taken by MMB Magazine illuminates to the public that more than a third (37 percent) felt ostracized and alone after resuming work they considered resigning,

What is the solution?

A proposition came about suggesting that the existing legal protection against redundancy for pregnant women and new mothers on maternity leave be extended for a period of 6 months following their return to work. This extension period and attention to detail should also be made available to parents returning from adoption leave and shared parental leave.

A report by a Women and Equalities Select Committee on pregnancy and maternity discrimination in January 2017 prompted the government to react stating it would “consider further and bring forwards proposals to ensure that the protections in place for those who are pregnant or returning from maternity leave are sufficient”.

What does the Law say about this?

According to Tom Street, a founder of TribunalClaim.com stated that “Under the existing law employees on maternity, adoption and shared parental leave are given some protection from redundancy, as they are entitled to be offered, if available, a suitable alternative vacancy.” He continue to say “the proposals by the government to extend this right for up to six months following a return to work may have a significant impact on the manner in which employers manage the return to work from maternity, adoption or shared parental leave.”

It is illegal for any employer to discriminate against its staff especially on the ground of maternity, adoption or shared parental leave. Many women, especially new mums, need to be aware of their rights under the law and how it caters for them.

According to the Equality Act, under this Act, pregnancy and maternity discrimination occurs if a woman is treated unfairly because of her pregnancy or because she is on compulsory maternity leave. It could be said that the introduction of legislation preventing employers from making pregnant women and parents returning from maternity leave redundant is a major step in protecting the rights of women and the economy as it is wrongful dismissal and a gross misconduct on the part of employers.

Our no win no fee Employment Solicitors can assist with all types of claims. Naturally, we pride ourselves on providing the best possible service to the highest standards, we offer free employment law advice on all problems. Call us on 0800 756 6605 or020 3923 4777