Never before have the boundaries between work and home been so blurred. Where once disgruntled employees poured their woes out to each other in the pub after work they now take to social media to air their grievances. As a result social media dismissals have become far more prevalent.

For example, the finance team from Dilly Dolly Daydream Washing Powder Company set up a social media page to organise their work nights out. Recently some of the members of the page have been making negative comments about their line manager, Sheila. Some of the comments are offensive and, shocked by what is being said, one of the team has been telling Sheila what has been said about her. Sheila reports the comments to the Finance Director and provides printouts of the posts that have been made on the page by her colleagues. 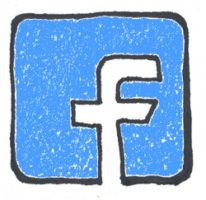 The damaging nature of employees’ social media posts has led many companies to adopt social media policies. It is not surprising that employers feel the need to take action, comments made on social media platforms can be harmful to companies’ reputations, cause friction between employees and serve to undermine management.

Where these are robustly written and adhered to they can be highly effective. In other words, saying the wrong thing on Facebook could lead to a dismissal which will prove hard to fight. Even long standing employees with previously clean disciplinary records can find themselves dismissed for their spur of the moment, ill thought out, late night social media ranting.

In order to rely on a breach of social media policy, employers should:

Employees are often surprised to find that they can be dismissed for what they say in the privacy of their own homes, outside of work hours. Employers have always been entitled to dismiss employees for their conduct outside of the workplace where such conduct might impact on their ability to do their jobs.

For example, an employer might be quite justified in dismissing an employee from a position of trust if he or she receives a criminal conviction for theft. Social media use is treated in the same way, employees may make whatever comments they wish but where those clips, tweets, posts, status updates etc. have an impact at work then they may face consequences.

Employers cannot dismiss all employees for making derogatory comments on social media; they must consider each case on its merits. If a company alleges reputational damage due to social media posts then the damage must be real and not imagined. A comment made to a small private group on Facebook or a YouTube clip which has received a very small number of views have both been considered insufficiently damaging by employment tribunals to justify dismissal.

The 2007 Scottish case of Taylor v Somerfield Stores Ltd illustrates this point well. An employee posted clips of employees throwing food about on YouTube. Since the clip had only been viewed 8 times (3 of those hits being management considering the misconduct), the damage to Somerfield’s reputation was not considered sufficient to justify dismissing Mr Taylor.