In the United Kingdom, it is fine for any business to change ownership as long as it doesn’t affect the employees of the business.

Furthermore, in all such scenarios, TUPE or Transfer of Undertakings (Protection of Employment) regulations preserve the employment and compensation of the employees of businesses based out of the UK.

Having said that, TUPE ensures that the employees are adequately informed of the service provision changes. Additionally, this regulation underlines the fact that the affected employees must be consulted about the measures, old or new, irrespective of the size of the transferred undertaking.

This employment law governs both public and private sectors, regardless of the size of the businesses. 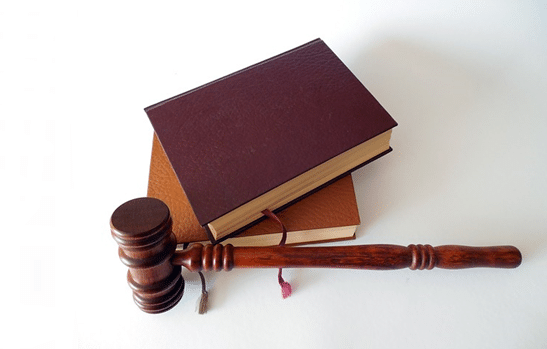 What transfers are covered under TUPE Regulations?

It is mandatory for business owners in UK, to inform their staff members, who are directly or indirectly being affected by the transfer of ownership.

Subsequently, employers are legally responsible to maintain the terms and conditions of their staff’s employment, under any of the following conditions:

What transfers are not covered by the Regulations?

One of the major drawbacks of TUPE is that it does not cover the public sector completely. Rather, it concerns itself with the segment of public transfers that take place between the public and private sectors.

When an undertaking is transferred or sold, what is then the position of an employee?

The transferring of business can have an adverse effect on the lives of the employees, if they are asked to be on their own.

Furthermore, unfair dismissal can take its toll on the affected employee(s), especially if they let the situation surpass them and fail to take an action.

It is here that TUPE regulations safeguard the position of the employees at the time of business transfer or sale, by allowing the affected employees to:

In some cases, the circumstances changed are detriment to the employees. This situation may not call for a serious action but needs to be dealt with utmost precision.

What about employees that are made redundant at the time of transition?

According to the TUPE regulations, employees who have been sacked or dismissed by the company are legally entitled to a statutory redundancy pay.

The employees can, therefore, go ahead and make an employment tribunal claim against the unfair dismissal.

Additionally, if the redundancies are unclear by the employer (old or new), the claim can be made against both the tribunal and employers.

Here, even though the employer can argue that the dismissal is relevant, there has to be an economic, technical, and organisational (ETO) reason that entails the changes.

Subsequently, if the reason does prove to be good, the affected employees are still entitled to the redundancy payment.

As a matter of fact, the employees are automatically transferred, during the transition phase, to the new employers unless they are unfairly shut out of serving any further employment years.

The new employers can re-engage the employees whilst providing them a new statement within four weeks of the transfer. Here, the statutory employment rights state that an employee’s service is not hindered by a transfer. However, if a dispute happens to occur between the two, the matter must be referred to the employment tribunal.

Note: The employees retain the rights and obligations and privileges existing under the contract of employment of the previous employer.

Why should you consider the Suzen Case?

Suzen v Zehnacker Gebäudereinigung GmbH of 1997 is a European Union Labour Law case pertaining to the transfer of undertakings of a cleaning company and job security rights of its employees including Suzen.

When Zehnacker – the cleaning company lost its contract, it suffered significant loss. Having said that, its employees were expected to be let go to the new employers.

However, Suzen took this matter to employment tribunal, which went ahead to declare that the lack of contractual link between the transferor and transferee rendered this employee transfer inconclusive.

Eventually, it all came down to safeguarding the employee’s rights of job security at all costs.

According to the European Court of Law, the maintenance of identity of an entity, whether tangible or intangible, must be maintained.

Additionally, it also states that if the entity can work without significant assets (tangible or intangible), the maintenance of its identity cannot be dependent on the transfer of such assets alone.

This case left a significant impact on the business owners, who were considering a change  of ownership, while Suzen and her fellow workers continued to work as before.

How to manage a TUPE situation?

The employer, if planning to give away the undertaking or make the employees redundant due to business insolvency, must adhere to the TUPE regulations.

It works along the lines of UK Employment Law and gives the employees the privilege to make a claim at employment tribunal if they feel cheated by any means, by their respective employers.

Furthermore, if you find yourself in any such situation, the best way to deal with such situations is to connect with the no win no fee employment solicitors to get guided all along the way.