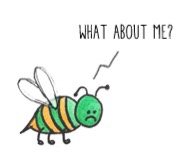 The Equality Act 2010 provides the main tool for those who wish to make claims about discrimination at Employment Tribunals.  The list of protected groups, known as “protected characteristics” are:

There are four ways in which the law protects people in these groups:

It is unlawful to treat people less favourably because they hold one of the above protected characteristics.

For example, only allowing male members of staff to drive forklift trucks.

Organisations should also avoid having policies, criterion or practices (PCP’s) which, although they apply equally to all staff, might have a more negative impact on certain types of staff.

For example, a company that insists on rotating shift patterns might well be indirectly discriminating against women who are statistically more likely to shoulder the burden of childcare responsibility and be unable to make childcare arrangements which regularly alter.

Organisations can implement policies which at first glance look like indirect discrimination but can be shown to be a ‘proportionate means of achieving a legitimate aim’.

Put simply, if the company has a genuine need for it’s policy or rule then even though there is a slightly worse effect on one of the above groups than on other members of staff then it can still continue. The good reason that the company gives is open to challenge at an Employment Tribunal.

Harassment is unwanted conduct which makes a person feel really uncomfortable and embarrassed or creates an environment in the workplace that is intimidating, hostile, degrading, humiliating or offensive.

For example, Stella works at a dental surgery in which she is the only female employee. Stella’s male colleagues regularly comment on the looks of patients that they treat. One Friday afternoon Stella’s colleagues draw up a league table on a whiteboard and rate some of the patients by whether they would like to sleep with them. Stella has a claim for harassment because she finds the actions of her colleagues offensive.

The Equality Act 2010 protects individuals from being treated less favourably when they take steps to try to resolve discrimination issues that they encounter at work. This is known as victimisation.

Following on from the example above:

Stella submits a formal grievance (official complaint) about the way her colleagues are behaving. She is told by Ian, the Managing Partner at her grievance hearing that they are just joking around and they have always made silly jokes about patients.  He goes on to say that she does not seem to fit in with the team and that she certainly wont be getting the promotion she has applied for if she has no sense of humour.  Stella has been treated less favourably as a result of her complaint she has therefore been victimised.

Government Consulting on Revisions to the Equality Act