Workers are protected against transgender discrimination via the Equality Act 2010. 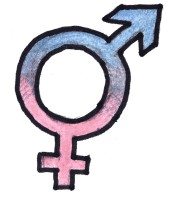 People who choose to live their lives, whether it be personally, socially or via transition or gender reassignment as a different gender from that which they were at birth are protected in the workplace.

Whether a transgender person is undergoing or has been through gender reassignment or not, they are protected by the law and should not be treated differently or discriminated against because of this.

For example, if a man chooses to live as a woman, but does not go though any medical or surgical processes they are still protected in the workplace under the Equality Act 2010.

The discrimination can take many forms which are covered below:

This is when a person is treated differently to other workers because of their transgender status. You are suffering direct transgender discrimination, if you are treated less favourably because:

This is when a employer applies rules or procedures in the workplace that will put a person who is or is becoming transgender at a disadvantage when compared to other workers.

If an employee is treated less favourably or victimised because of having made a complaint or highlighted the fact that transgender discrimination exists.

Employers also need to ensure that:

If a transgender employee suffers harassment and bullying from other members of staff which cause humiliation, offence and distress then this would also classify as transgender discrimination.

Employers should ensure that they:

Provide good communication in the workplace relating to transgender discrimination by including rules and practices which promote acceptance of transgender individuals and make it clear that harassment and victimisation are unacceptable and against the law.

Provide support to workers who are undergoing or that have undergone gender reassignment.

Provide confidentiality with regard to all personal records. They should be changed at the appropriate time, decided by the employee and previous personal records should be destroyed or deleted unless they are required to be retained for whatever reason.