The Equality Act 2010 was brought into force to collate various pieces of legislation covering all sectors of discrimination, including age discrimination. This makes it easier for everyone involved to deal with any potential claim.

Age discrimination means that it is unlawful for an employer to treat an employee (or a potential employee i.e. an applicant) differently based on their age. 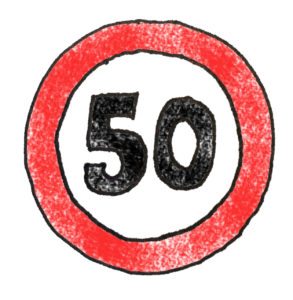 This boils down to the employer not being allowed to:

1) Dismiss you because of your age;

2) Not hire you because of your age;

3) Treat you differently from other employees or applicants because of your age;

4) Stop you getting some contractual rights because of your age (i.e. holiday or redundancy pay etc):

5) Harass you or treat you in a way that you find offensive in connection with age.

What is Age Discrimination

This is when the employer directly discriminates against you because of your age.

For example, it states that you will not be offered a promotion because you are only a certain age or in a job advert they specifically mention a certain age bracket they are looking for.

This is when due to a provision, criterion or practice put in place by the employer against all employees it disadvantages a certain age group more significantly than any other.

For example, if a job advert requires applicants with a certain amount of experience, this could be discriminatory. This is because younger applicants would be disadvantaged because they do not have the necessary experience. Another example for those already employed would be if certain benefits are only accessible once they have a set level of service.

An employee should not encounter unwanted conduct towards them because of their age. This could be offensive comments or jokes about their age group or excluding them from social events because of their age (be it they’re older than the other employees or younger, it doesn’t matter.)

For example, legally you have to be over 18 to be able to serve other people alcohol. There are also differing minimum wages depending on your age, with variations between the minimum wage of an 18 year old and a 21 year old.

For example, the employer may pay those over the age of 55 an enhanced redundancy payout. The employer needs to work out the pay for the redundancy in the same way as they would for statutory redundancy pay. It should then be exempt from age discrimination legislation.

An employer is able to set the age at which employees receive their pensions as long as it is over the age of 55. (They are also able to set differing age limits for access to certain schemes).

Justification as a defence

The employer cannot rely on wishy washy justification defences. They need to produce evidence to demonstrate why the discrimination was justified.

To justify indirect discrimination, the importance of the indirectly discriminatory practice (the PCP) must outweigh the effect of the age discrimination. Furthermore, there must be other way that the employer could have achieved their aims.

Examples of Age Discrimination during the Recruitment Process