As the new year, 2019 unfolds the employment sector in the UK witnesses an unusual “landmark discrimination case” concerning whether veganism should be considered a protected belief under the Equality Act 2010.

Jordi Casamitjana was sacked by the League Against Cruel Sports citing gross misconduct after he disclosed that his employers had invested pension funds in firms that were involved in animal testing.

In his statement, Casamitjana claims that he was discriminated against his beliefs. The employment tribunal will give its ruling in March 2019, determining if veganism should be protected under the employment law, in the same manner as religion. 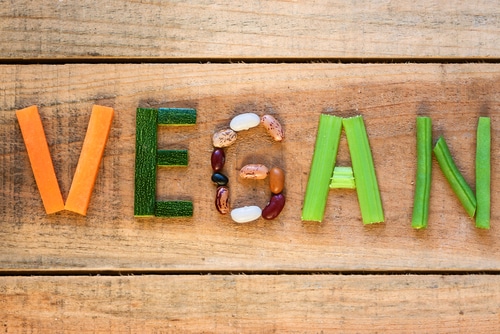 Jordi Casamitjana, a Zoologist by qualification and self-proclaimed ‘ethical vegan’, has alleged that he was removed from employment by the League Against Cruel Sports (LACS) after he disclosed the organisation’s investments in firms that were involved in animal testing.

Casamitjana brought the discrimination claim against his former employers, arguing that he was treated unfavourably because he is a vegan. In other words, Casamitjana claims that he has suffered direct discrimination at the hands of his employers.

Moreover, he believes that the hearing could be a potential step forward, towards defining the legal status of the belief in ‘ethical veganism’.

On the other hand, the LACS are contesting Casamitjana’s accusations and arguing that his dismissal was made on the grounds of gross misconduct. Regardless, the case has sparked debates about the legal protections that should be afforded to vegans, and other belief systems under the UK law.

What are Protected Characteristics?

Earlier, in the case of Campbell and Cosans v UK, the test for philosophical belief was laid down as follows:

If we talk about veganism in the UK, the number of vegans has grown exponentially over the past 5-10 years. As a result, the case has undoubtedly garnered tremendous press attention in recent months.

However, numbers themselves are not enough to determine whether the particular belief is philosophical. In Casamitjana’s case, the difference between an ethical vegan and a dietary vegan is very likely to come to the forefront. Casamitjana, essentially an ethical vegan, suggests that his beliefs affect every aspect of his life.

According to him, the principle of veganism establishes that it is wrong to kill or exploit living beings for not only food but also for entertainment, clothing and any other motive. If viewed from this perspective, therefore, Casamitjana’s case has a persuasive argument that veganism is befitting of legal protection.

Is this a landmark case?

This a landmark case and the employment tribunal has to give a decision for the first time ever on whether veganism should be considered as a protected characteristic under the Equality Act.

However, if we put things in the broader discrimination context, the question raised by Casamitjana on some level has been previously addressed.

In May 2018, there was an NHS Trust advertisement published for a position of Occupational Therapist. The message stated that highly restrictive eating practices such as veganism could not be accommodated. This was modified, and the line was removed after the intervention from the International Vegan Rights Alliance, saying that this was a form of direct discrimination.

Moreover, the European Convention on Human Rights describes protection for freedom of religion, thought and conscience under Article 9. This article has encompassed veganism in several past cases.

Given this, and various other beliefs that the tribunals have held to be protected (such as the efficient use of public money in the public sector or human-made climate change), it would be surprising if the employment tribunal did not consider Casamitjana’s ethical veganism as a philosophical belief and hence, protected.

Save the paper trail

Employees who decide to proceed with a claim must ensure they have a decent paper trail and useful written evidence to support their action and to show that the dismissal was directly related to the protected characteristic.