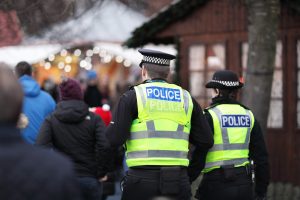 In the much debated case, Cheshire police force rejected a potential employee just because he was white.  The recruit was a well prepared candidate but was discriminated against because he was a heterosexual male.

Son of a detective inspector in Cheshire Police, Matthew Furlong applied to join the police force, at the age of 23, in 2017. His father lodged a complaint when he lost to other candidates.

The employment tribunal ruled that the police force had taken a positive action and hence recruited employees with different characteristics and backgrounds. However, this occurred in a discriminatory way.

Matthew Furlong had a degree in physics and cosmology from Lancaster University and was told during the interview, “it was refreshing to meet someone well prepared as yourself” and that he “could not have done any more”.

Jennifer Ainscough, an Employment lawyer, said that Mr. Furlong was denied the job simply because he was a heterosexual male. The case is the first in the UK where a positive action has been taken in a discriminatory way.

The Liverpool tribunal ruled that Mr. Furlong was a victim of direct discrimination based on race, sex and sexual orientation. The tribunal also ruled that while the purpose of postive action was to boost diversity, it must have been applied only to distinguish between candidates who were equally qualified for the job.

It was claimed by police force that a total of 127 candidates were interviews and found equally suitable for the job of police constable. The tribunal ruled the same as a “fallacy” stating that it is an artificially low threshold and candidates must rather be rated on a score instead of merely pass or fail to address the lack of diversity.

In 2015, Cheshire police force was criticised, amongst a number of police forces, as they had no black officers.  However, the force was seen to be taking steps to promote better opportunities for people that belong to different genders, ethnicity, disability and sexual orientation. The force has also been seen giving privileges to minorities.

While the case has been adjourned until later this year, it is only so to determine the amount of compensation to be awarded after a remedy hearing. As disclosed by a spokesperson from Cheshire Police, they have already been notified of the result of tribunal and they will review the findings in coming few weeks.

Our no win no fee Employment Law Solicitors can assist with all types of claims . Naturally, we pride ourselves on providing the best possible service to the highest standards, we offer free employment law advice on all problems. Call us on 0800 756 6605 or 020 3923 4777