A recent report by the Women and Equalities Committee, is calling for better protection from discrimination for new mothers. 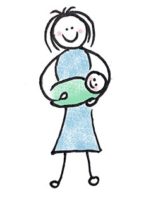 If new proposals go ahead, pregnant women and new mothers may be given better protection from redundancy at work.

Following a report published by the Women and Equalities Committee, earlier this year, a redundancy ban for all pregnant women, new mothers and for up to 6 months after returning to work following maternity leave, is being considered as a response following the report.

The report found that 11% of women who were pregnant, on maternity leave or returning to work after maternity leave, were either dismissed, made redundant or treated so badly by their employer, they felt they had no other option but to resign from their post.

The survey found that over 390,000 women felt discriminated against because of their pregnancy. Of that figure 54,000 women lost their jobs. This is almost double the number that was found in a similar survey taken in 2005.

Business minister, Margot James, said that they would “consult on options in due course” in response to the report and that they would ensure “new and expectant mothers had sufficient protection from redundancy.”

However she did not elaborate further on what would be put in place except to say they were making “good progress” on working towards recommendations being put in place to tackle pregnancy and maternity discrimination in the workplace and reiterated the there was already a “strong” legal framework in place to protect such women.

Maria Miller, chair of the select committee, felt disappointed by the response from the government. She said there was “a disheartening lack of detail” in their response to the report.

She highlighted that the “government’s own research” had shown that this type of discrimination was a “significant problem” in the workplace and not only that but that it was “getting worse.”

The committee have suggested that the government implement a similar system to Germany’s, where pregnant women are protected from dismissal from the start of their pregnancy to up to 4 months after giving birth. Only in very rare circumstances are they able to dismiss an employee during this period.

MPs have also called for additional protection for women who are casual workers or on zero hours contracts. These women usually bear the brunt of the discrimination due to having very little power to challenge their employers as things stand under current employment law.

They also recommended that the time limit on bringing a claim for pregnancy discrimination in the tribunal be extended from the current three month rule. However this has been rejected.

Ms James commented that “the system already has inbuilt flexibilities to extend the time limit where a tribunal feels it is right to do so” and suggested that the government would provide “further guidance” to both claimants and the courts on these flexibilities.

‘Elephant in the room’

General secretary of the Trade Union’s congress said that it was “very disappointing” that the government had not considered this extension. She also highlighted that they should address “the elephant in the room”, this being the introduction of tribunal fees which were brought in, in July 2013.

As things stand, it can cost up to £1200 in court fees to bring a discrimination claim to the tribunal. This has seen a significant drop off in claims.

She highlighted that “Bad bosses will continue to get away with discriminating against new mums as long as it costs up to £1,200 to take a pregnancy discrimination claim.”