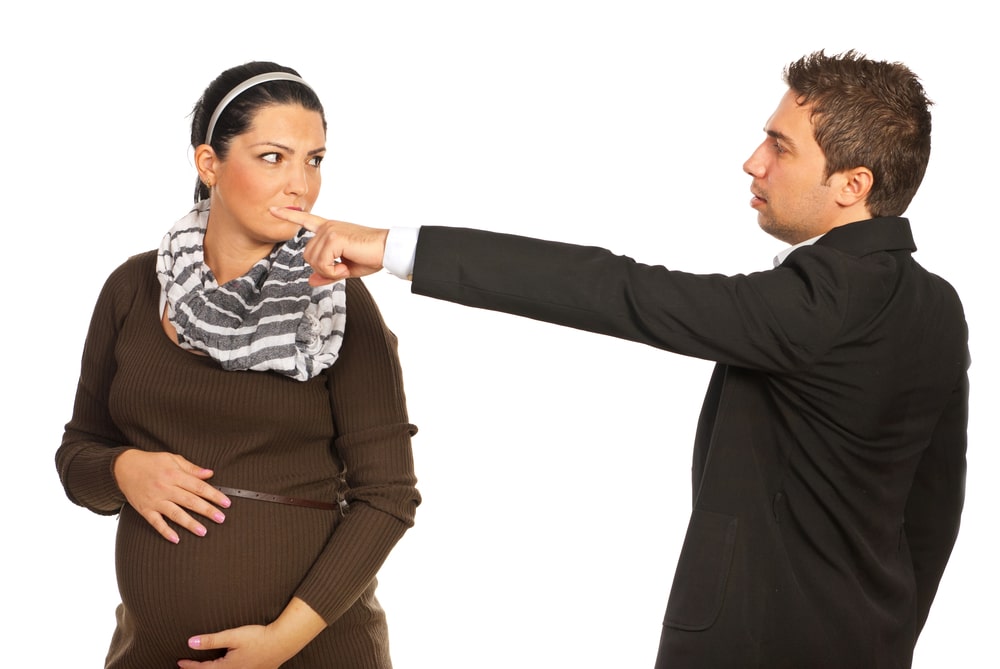 Pregnant then Screwed runs a mentoring scheme for women who want to take legal action against their employers. Their goal is to ensure fair treatment for all women in the workplace. Their recent campaign was launched to provide more consideration for current and expectant mothers. Women often face discriminative and detrimental treatment from employers whilst pregnant. This treatment extends to Non Disclosure Agreements which are used by companies to silence the affected women, and to prevent them from taking any legal action. The campaign also seeks to increase the time limit for bringing pregnancy and maternity related discrimination cases. The current period stipulated by the government is three months and pregnant then screwed would see it extended to six.

Pregnant then screwed’s website recants stories of women who have been forced out of their jobs because they got pregnant. Since the campaign began, it has come to light that several women have been fired, forced to resign or moved into lower positions. According to the Equality and Human Rights Commission, over 54,000 women are pushed out of jobs each year due to pregnancy or maternity leaves. Additionally, 7 out of 10 women have experienced some form of negative or discriminatory treatment at work.

NDAs are sometimes called gagging clauses because they are so binding that they prevent employees from pursuing any form of recourse. The result is that only 6 in 100 women who have experienced any forms of discrimination raise tribunal claims. The power of the NDAs to subdue women is further compounded by the short time limit within which claims can be raised.

The claims that do wiggle out of the restrictions of the NDAs and overcome the time limits to make it to the tribunal usually end in quick settlements. The women concerned usually prefer spending time with their children to wasting countless hours, entangled in legal affairs.

Women’s rights in the workplace

The right to not be dismissed on grounds of pregnancy and childbirth:

The right to a maternity leave

While on leave, their contracts of employment are considered to be active despite their absence from work. However, women must inform their employers of their status and submit a request for leave 15 weeks before the baby is due. The employer is required to respond within 28 days of the request, confirming the start and end of the leave.

The right to return after birth

After the duration of the leave, mothers are also entitled to return to their work, at the same level they were before the leave. To foster this, it is often advisable for mothers to inform employers of their intentions to return to work after the leave period.

The right to maternity pay

Satisfying these conditions qualifies the mother for 90% of her weekly income as maternity pay. The employer could also pay a standard of £139.58 instead of the 90%, depending on whichever is lower.

The campaign has two parts:

Extension of the time limit

Pregnant then screwed proposes that the three months time limit for filing a case in the tribunal meets women at their most vulnerable moments. The stress involved in litigation can be detrimental to the health of the baby if the woman is pregnant. For new mothers, fatigue and exhaustion will impede their ability to act. “This law forced me to make a decision between justice and the health of my baby”, said one mother. Another mother asserted that she would have been able to take the necessary steps if she had been in a better frame of mind. Pregnant then screwed posits that an extension of the time frame is necessary, and would benefit women greatly. They further suggest that it would not be difficult, as there is already a precedent six-month window for filing claims that relate to equal or redundant pay. They ask that the same grace be extended to mothers and pregnant women.

Statements like “I felt like signing the NDA was my only option” and “I had to sign to get my redundancy pay” fuel Pregnant then Screwed’s campaign for more tightly regulated NDAs. They believe that the only way to stop employers from using NDAs to mask their ill actions is for the government to set up a regulatory body. All NDAs would be reported to this body, and its job would be to monitor, examine and investigate them. This would surely serve as a deterrent to their oppressive use.

Subsequent to making headlines like “pregnant then screwed campaign to prevent pregnancy dismissal NDAs”, the petition for the time limit increment has seen over 56,000 signatures. Additionally the petition for a regulatory body has over 3,900 signatures. Recent increases in the number of signatures show that more and more people are aware of the current discriminating practices in the workplace.

Our Employment Law Solicitors can assist with all types of claims and where possible on a no win, no fee basis. Naturally, we pride ourselves on providing the best possible service to the highest standards, we offer employment law advice on all problems. Call us on 0800 756 6605 or020 3923 4777