Does employment law protect those who are not married? | Tribunal Claim Skip to content

Why does the employment law not do more to protect couples who live together and are not married or civil partners? 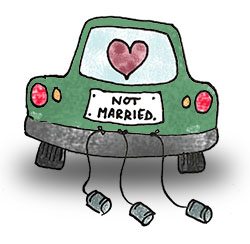 The law does a lot to protect the rights of people who are married and in civil partnerships but does not recognise the rights of people in other types of relationship so readily.  Unmarried couples have no right to each other’s property if they split up, they are taxed differently, their position is less good if one partner dies and they can be treated less favourably at work when compared to people who are married or are civil partners.

Let’s consider some examples of how couples who cohabit might be less favourably treated in an employment scenario.

Tim and Dave work in a car showroom.  Tim is married with two children, Dave has recently moved in with his girlfriend.  They both apply for the position of sales manager.  Tim is promoted and Dave is told that Tim has got the job because he is a steady, married man and so the company feels he is more likely to stay around for longer.

There is nothing Dave can do about this unfair treatment.

This time, Dave is given the job and Tim is told he wasn’t promoted because he was married and would always put his wife first and not put the long hours in necessary to drive the sales targets.

Tim has a claim for marriage discrimination.  He has been less favourably treated because he is married.

Why is such different treatment legally acceptable?

The law deals with facts and absolutes. When drafting legislation, lawmakers attempt to provide certainty so that the laws may be interpreted easily by the courts. Understandably the ability to accurately gauge the level of commitment between a couple means that the law cannot establish with any clarity when a couple who have not married or become civil partners have demonstrated sufficient commitment that their relationship should be recognised.

Let’s think about what that means in reality by considering the following different scenarios:

Bob has been working as a gardener at a large country estate for ten years.  When his colleague retires the gardener’s cottage on the estate becomes available and Bob is hoping to move in.  He meets Sandra…

Bob’s employer refuses to allow Bob to move into the property with Sandra because they are not married.

There is nothing Bob can do about this seemingly unfair decision.  Marriage and Civil Partnership discrimination only protects those who are married or civil partners.

When do you think the law should accept Bob and Sandra as a couple?

Is the law entitled to intrude upon people’s private lives if it needs to determine the answer to such a question? Should Bob be required to provide evidence of their commitment to each other?  Do the courts have the time to consider this level of paperwork?

Does time or level of commitment count?  If Bob is not with Sandra but has a string of girlfriends should they all be entitled to move into the property whilst they are in a relationship with Bob? Who will define what a committed relationship looks like and how will they do that?

As you can see, in law, it is impossible to define what a relationship is unless a couple is married or in a civil partnership.

Perhaps this will change in the future, as more and more couples choose not to marry or enter civil partnerships, but for now it will only protect against discrimination for those couples who choose to formalise their relationship.