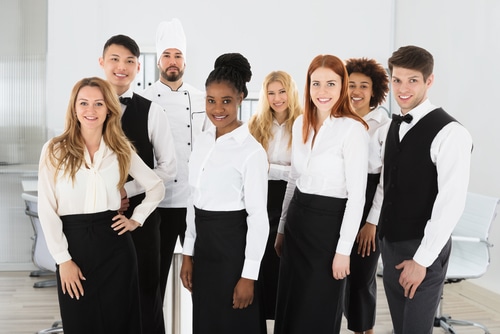 A recent ruling of the Employment Appeal Tribunal has caused what law experts believe to be a ‘revolutionary’ change for sectors of staff with high turnovers. The case of three hotel workers who were employed by Maritime Hotel in Portland, Dorset, part of Maritime Hotels Ltd around the period of April 21st, 2016 who were later dismissed on July 7th 2016 sparked what incited this ‘revolutionary’ turnaround.

The case was presented before the Employment Appeal Tribunal when the three raised concerns of persistent shortfalls in their wages, late payment and falsification of their wage slips. The hotel was brought before an Employment Tribunal in August 2017 with claims that they were not at any point in time of their employment presented with a ‘section one statement’ of their terms and conditions during the period of their work.

The court found the Maritime Hotel to be guilty of this claim in the case of two of the three claimants. A worker of the name Miss J Woronowicz (employed for 6 weeks) was an exception to this. The unfair dismissal claim of the first two employees led the court to rule in their favour, ordering they be paid the equivalent of 4 weeks’ pay-unfair dismissal compensation.

Under Section 1(2) of the Employment Rights Act 1996, two months is the period of time given for an employer to provide a statement on the terms and conditions of an employer’s work. However, contradictions were raised when the Employment Appeals Tribunal decided the tribunal had faulted in concluding that an employee who has more but less than two months is not required to have such a statement. To further this point, Judge Stacey illuminated that according to Section 2(6) of the Employment Rights Act says the right of an employee to a statement of employment exists irrespective of if the employment terminates before the two month period. This was the basis for which Miss J Woronowicz was therefore entitled to the said statement coupled with an ‘award’.

On the case of Racism

The three workers had claimed that they were abused verbally and subjected to derogatory taunts and behaviour by their employer. They claimed that they were frequently sworn at and were not treated well by their employers. The workers claimed that apart from their unfair dismissal, they were also subject to racial discrimination which prompted the Employment Appeals Tribunal to discover the error of the original tribunal in its approach to the racial claim made by the workers. The Employment Appeals Tribunal says the original tribunal did not consider the manner as the reason for dismissal constituted directed race discrimination. None other than Judge Stacey stated this.

What does this mean going forward?

This situation can only be seen as a constant need to “keep in check” businesses especially those in hospitality, retail and any sectors that has a higher staff turnover. Those most affected are the Human Resource departments of various business establishments as they would have to continually churn out statements ensuring they were astute and quick in getting reports to employees as quickly as possible.

This also serves as a reference and a pointer to employees to be aware of their statutory rights; this serves as a deterrent to employers planning to exploit their staff.