The much discussed case of Hargreaves vs Manchester Grammar serves as a useful reminder for employers of the importance of a well conducted and responsible investigation, especially where the employee in question is facing consequences which may alter his career due to said allegations. In this case, the Employment Tribunal decided that it was reasonable for an employer to refuse to provide certain evidences of potential witness who had “seen nothing”. The tribunal rejected the employee’s case of unfair dismissal on these grounds. 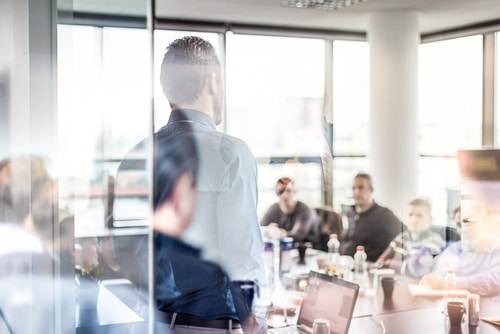 Mr. Hargreaves was hired as an Art & Design teacher in September 2005 and was dismissed from this role in June 2016. He held a clean disciplinary record until the allegation was made by a student stating that Mr. Hargreaves had grabbed him, shoved him up the wall and also pushed two of his fingers against the throat.

The school held an initial investigation headed by Mr. Smith. He spoke to the concerned student, student A as well as student B, who supported student A’s allegation. He also mentioned some other students who were witness to the incident. When Mr Smith spoke to other students, they had no recollection of any unusual activity. Following this, Mr Smith decided not to speak to the other mentioned students to avoid any potential gossips and speculations.

Mr. Hargreaves was suspended from work on 11th of March 2016. This was followed by a police investigation interviewing Mr. Hargreaves. In this interview he disclosed that student A was trying to rugby tackle another boy and hence Mr. Hargreaves got hold of him by his rucksack as an attempt to protect the other kid. He, however denied grabbing student A or holding his fingers up the throat.

At a meeting held in April 2016 which involved the police, Mr. Smith, the HR of school and local authority officers, the police officer asked Mr. Smith to speak to two members of the staff which were named by Mr. Hargreaves as witnesses to the incident. The police then informed the school that they would not be taking the incident any further.

When Mr Smith spoke to the witnesses mentioned by Mr. Hargreaves, one of them said they were not present at the relevant time and the other denied of seeing any unusual activity.

At this point, the employment investigation took charge and Mr Hargreaves was invited to the meeting. It was clear that there were two different views of the incident – one from Mr. Hargreaves and the other of Pupil A. The report of investigation did not include the statements given by witnesses’ who confessed to not seeing any unusual activity.

When Mr. Hargreaves was invited to the disciplinary meeting and presented with said allegations of unreasonable physical conduct and breach of duties along with breach of school’s code of conduct with trust and confidence, Mr. Hargreaves sought the support of his trade union council. He did not give any suggestions regarding a request to bring in three specific witnesses to attend the hearing. After a few more queries, it was decided that on account of probabilities the allegations were proven to be true and Mr. Hargreaves was dismissed from work. His appeal was not upheld.

As per the Employment Tribunal, in order for Mr. Hargreaves claim of dismissal to be fair,

The case here relied on the reasonableness of the investigation conducted by the Mr Smith. In a case where an employee is facing allegations that may turn out to threaten his career, then the standard of investigation must be higher. Hence, the employer must carry out an even handed and careful enquiry.

The appeal made by Mr. Hargreaves was dismissed finding that;